It was the summer of 1981. Bryan Adams was playing on the radio, the sun was shining and I was driving a brand new Ford Mustang. I was in Nova Scotia, Canada where I was doing my first season of fieldwork for my Ph.D. thesis. Things could not be better. 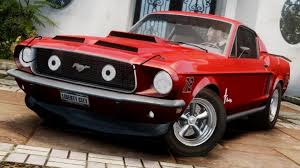 I had applied for a couple of Ph.D. programs earlier that summer. The one at Strathclyde University in conjunction with the British Geological Survey in Leeds was the one I wanted for all sorts of reasons. Firstly, it involved traveling to Nova Scotia, second, it was a topic that interested me and finally, I thought unlike many others that seemed designed to turn you into a university academic, this one might actually help me get a job. Even the trip for the interview had been fun as I left my parents caravanning with my brothers somewhere deep in the Yorkshire Dales and jumped on train to Glasgow. Back in 1981, this was still major travel and I reveled in traveling. Prof. P. Mcl. Donald Duff seemed a nice man and we got along very well. I had a funny feeling I would get the gig and I did with one proviso…. I needed a drivers license as otherwise getting about in Nova Scotia might be a serious issue.

Back at home, my father patiently instructed me in driving in the Mark 1 Ford Cortina he had purchased especially for the purpose – although I do think he liked the car too. I vividly recall the end of one lesson in which I had done quite well and as I pulled up outside the house, Dad invited me to drive into the driveway. I tried. I took half the front brick wall with me and later that night listened guiltily from my bed as my father hammered the car back into some semblance of shape.

My driving test was booked and there would be enough time to take a second attempt if necessary before my adventure to Nova Scotia began. I had a couple of proper lessons with a trained instructor and he agreed that I was ready. Fingers crossed then. The problem as I now look back was opting to use the Ford Cortina to take the test. It was old and it looked old. It was also sluggish to take off. I drove well but still failed the test due to ‘undue hesitation’ – I was never sure whether it was me or the car that caused that but yes, knowing the car, I was careful pulling out into the main road.

My second attempt was scheduled already and I decided to use the much newer vehicle provided by my professional driving instructor. It was a good decision and I drove straight through the test into a spanking new drivers license. I was now qualified to start the Ph.D, fieldwork.

I took the train to London lugging a huge suitcase. I then took the tube to Heathrow and was really terrified I wouldn’t make it on time. Of course, I did. I do not recall what sort of plane it was but it had a standing bar at the front where you could drink and smoke….. bizarre. I had never flown before and as the wheels left the ground I wasn’t sure if I really liked it either. A couple of gin and tonics later, I decided that I did.

I was met on arrival by the Prof and his wife and for the first week or so he drove me around. At the end of that period, we went to the rental company and rented my car – a brand new red Ford Escort. I couldn’t believe it – I mean, what could possibly get better? Nova Scotia, brand new car and whole new world to explore…..

The Escort lasted a day. On my first day on my own, I stopped for lunch at a burger joint. It had a front car park and I pulled up, parked, pulled on the handbrake, got out, closed the door and stood watching as the car rolled slowly forward and then down a 4 foot drop into the front garden of the house next door! Apparently, in an automatic car, you are supposed to leave it in PARK, not neutral and everyone knows that handbrakes are useless in automatic vehicles I was later told…. Was it a premonition of things to come?

So, now you know how I ended up driving a 2 liter Mustang down a grit road in Nova Scotia. The only replacement that they could offer was that beauty and, let me tell you, it was a beauty. It went very well and it looked great.

Off the main roads in Nova Scotia – at least back then, the roads are gravel and grit. So there I was driving a beast of a car down a gravel road, Bryan Adams full blast on the radio, the sun streaming through the retractable top enjoying every second of this freedom. I was going very fast. Very very fast indeed. Why not? It was fun.

I swiveled around, the hairs on the back of my neck had jumped to attention and my heart was beating like crazy. There was no one there. I slowed instinctively anyway as I was as you might expect, very puzzled and just a little scared.

“SLOW DOWN!” said the voice again – louder this time.

I hit the brake quite hard in surprise and started to slow down abruptly. The tires spun in the gravel and the car started to drift in a skid. I steered into it and around the hairpin bend that suddenly appeared in front of me. I just made it around that bend with one wheel hanging over the edge momentarily before the skid ended and the tires engaged again pulling me to safety.

“Told you,” said the voice behind me.

I stopped. I was shaking like a leaf. After a while, I got out, lit a cigarette with shaking hands and went back to the hairpin bend. It was a sheer drop perhaps 40 to 50 feet into a lake below. There had been no road sign, no warning except for the voice. Had it not been for that voice, I would have been dead or badly injured in the lake below.

I think I looked like a ghost. But what or who that miraculous voice was I will never know. But it saved my life. 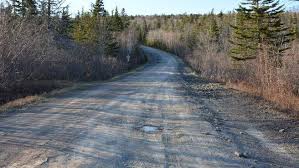 Story from My Haunted Life.

If you enjoyed this, read more of my Truly Scary Ghost and Paranormal Stories.