It was a Monday morning and it had snowed heavily overnight.  I usually started work at 8:30 and it was already 8:15, so I would at least be 30 minutes late by the time I got there. I noticed that I was low on gas so I stopped at the little town gas station on the corner of 138. As I sat there waiting for the attendant, I noticed that the town was curiously silent. I figured the lack of people driving around was due to the snow.

The older man who ran the station came out and I told him that I could only afford $5 in gas. He kindly offered to put $10 in the tank and when I got paid, I could come back and pay the remaining. I told him that it was very generous and that I would make stop in on Wednesday when I got paid. He said that was fine and I drove off.

The following Wednesday evening I stopped at the gas station to pay the balance.

I walked in and there were two gentlemen standing there talking among themselves. I mentioned that I owed the older man money from him pumping gas on Monday morning. The two men looked at me like I had 3 heads. One of them said that it was impossible for me to have gotten any gas because the station was closed all day. I told him that I didn’t have a receipt of any kind to prove it and then made a statement “Did it not snow on Monday”?

I said that it was impossible because he pumped my gas Monday morning and gave me $5 extra dollars worth. I also mentioned to the older man that I would be back on Wednesday to pay the balance due.

The attendant checked the register and found a receipt from the older man but it did not have a date on it. I told them that I wasn’t crazy, and that if it hadn’t been for him, I wouldn’t have made it to work Monday morning.

I left the gas station knowing that I had been there Monday morning and that the ghost of this older man had pumped my gas. 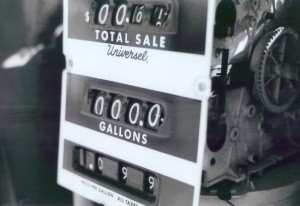