I work in the Public Affairs Office of the Armed Forces of the Philippines General Headquarters in Camp General Emilio Aguinaldo in Quezon City. Our office space and barracks are in the grandstands of this military base. Although the building is kept new by recent renovations and good maintenance, it is very much haunted.

Since our office caters to media and the military 24/7, we have people working night shifts. Although we sometimes feel and hear things during the day, it is during the night that weird stuff happens.

Personnel who work the night shift would sometimes hear the loose tiles of the floor near our boss’s door clatter as if someone is walking circles or pacing at the dead of the night. No one is ever there if the duty personnel are brave enough to check and the sounds cease as soon as the lights are switched on.

One duty personnel woke up to the sound of someone noisily typing at the desk computer of the research branch one midnight. Again, no one was there. Months later, I came to work in this office and the computer was issued to me. I shiver as I remember that I am writing this story using this same keyboard that he heard being used by invisible hands that night.

Our oldest personnel narrated that he almost had a heart attack when he was taking a bath at the office comfort room. He said that when he looked at himself at the mirror over the sink, he saw someone else staring back at him. He never described the face he saw to us because he could not remember it anymore. All he could say was that it was a young face.

One of our former officers, and Army Major, once said that he was spooked by shadows moving around near the supplies room. They would always be just in his peripheral vision. They disappeared whenever he tried to stare straight at them.

Since we have no choice but to work with these ghosts, we just dismiss their presence as part of the experience of living in a military base. They might have been soldiers themselves who died fighting for our country or had loved their jobs so much they chose to remain soldiers even in the afterlife. 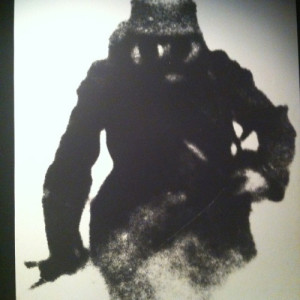