It was about 3pm in the afternoon in the year 1976. I was waiting for some friends to pick me up when I decided that I would call my friend, Myla, to ask why they were late. As I picked up the phone to call, I found that there was no dial tone so I decided to say hello, since during the 70’s, we had what you would shared ‘party lines’. These were often illegally connected to other peoples’ phone lines. But what I instead got was a friendly greeting from a friend named George.

He was interested in Myla, but Myla already had a boyfriend. He started by asking me to tell Myla he loved her very much and was also sorry for making trouble for her and her boyfriend and that he would leave them alone. He said take care of her. Then I told him that it is best to leave them alone since she was very much involved with her boyfriend. I told him maybe it’s best to tell her himself and apologize to both Myla and her boyfriend. I was waiting for a reply, but I thought he had hung up on me since he did not reply.

I decided to call Myla and tell her what had happened and that I was angry because he was rude to hang up on me. She asked me if I was joking, I said “NO, I just talked to him”. Then she told me that it was impossible to have spoken to him as his brother had just called and told her that George died the night before at 11pm. 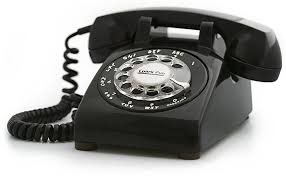