This started when my parents bought a house in a small town. My father was working in the city and my mother worked in a different city so I was the only one who got to actually live in our house. Sometimes my grandparents would accompany me and one or twice a week, my father  visited me. I was 10 years old then and they taught me how to live like an adult.

One night, my father said that I should sleep in my room because I always slept in their bedroom. So I grabbed my pillows and went to lay in my own room.  This was the the first night that I had a nightmare. I cannot distinguish if it was really a nightmare because I can often feel that I will have a bad dream before it actually happens. It feels like a strong force is pulling you down from a terrible darkness and you just sink in slowly, but the fact is I didn’t even get to the sleeping stage, my eyes were wide open, but my whole body was paralyzed and that is when I see weird things.

One of my nightmares was my dead Auntie looking at me while I was lying on the bed.  I want to shout, but nothing was coming out of my mouth, but trying to scream makes me lift a finger and that’s when the nightmare ends. The strange part is, I didn’t open my eyes when I woke up, because they were open all the time!  This was also the time that  I would wake up between 3:00 to 3:59 am every single night for no reason at all and then, when i fall asleep again, the nightmares occur.

At first, I tried so hard to fight the feeling, but the occurrence of the nightmares and waking up at 3 am for the past 8 years was too much and I learned to live with it like it was normal, besides it didn’t hurt me physically, it just the feeling of being terrified.

My life changed a bit when my parents bought a new house and decided that we would all stay there for good. My nightmares ended so my conclusion was that it was all about the place that makes the nightmares. My parents decided that I would study in the city, so they got me an apartment. I brought some friends to accompany me. The apartment building was new and we were one of the first to occupy it. That is when my nightmares started again.

One of my nightmares involved the a figure of a lady in a black veil and an old fashioned dress who was standing at the end of my room mates’ bed. The lady was slowly bending down towards my roommate like she was trying to reach her. I tried so hard to say what I saw but again I was paralyzed. When I regained my consciousness, my other roommate ask me why I was staring into space. I told her that I was asleep, but they just laughed. I didn’t tell them about about my nightmares because I don’t want to scare them do that they would leave me alone on that apartment.

One of my classmates stayed overnight and she said that she felt like there was someone reaching at her while she was asleep. She’s almost positive that someone touches and grips her feet. I just that said I thought I saw something too but I didn’t say that I see it almost every night. We just decided to change rooms. 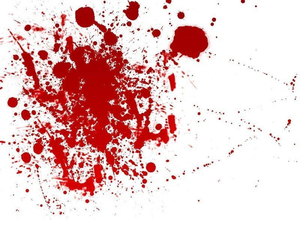 The new room was the same. No, it was even more terrifying. My nightmare in this room is about a human, I don’t know if its a boy or girl, lying on the floor then there is a tall man who slowly opens the door holding a can of red paint. He empties the can of paint onto the body of the one lying on floor and that the body jolts like a worm that has salt poured on it. Then the man pulls out a knife and stabs the body countless times until the red paint and the blood are all mixed together.

I endured that nightmare for several nights, and then one morning as I was mopping the floor, I saw that the water had become paint and blood and it was all over the floor. I lost my composure at that and told the story to one of my roommates. She also hears someone entering our room – just like in my nightmare. We moved out of the apartment.

Until now, whenever I go to another house even for just overnight study and I have a nightmare, I just move out the next day hoping that the next house I will be staying will be the house where I can sleep peacefully.