The house I am currently living in is pretty old, but I wouldn’t call it ancient. It’s just an old house, in a very old neighbourhood. I have lived here for twenty years and I’ve got a lot of stories about this house. Both my father, and I, have both witnessed things here that the average mind couldn’t comprehend. From a man walking through walls, to the sound of children singing in the basement. We stopped even bothering trying to work out what was behind all of these happenings.

I have had the feeling of being watched in this house since I was six, or seven, years old. I can’t see anything most of the time—but I know something is watching me. I ignore it as much as I can. I tend to wake up in the middle of the night. My room is normally the hottest room in the house—but when I wake up its freezing. I couldn’t see anything but I knew something was there. 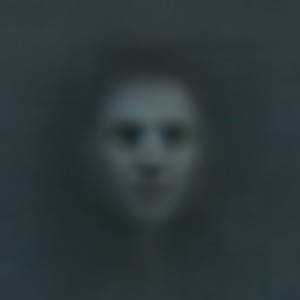 One time I woke up to my freezing room. The door was wide open. I was alone in the house. To my absolute horror I saw a small figure watching me from in front of the window. It was like a very see-through shadow. I could just make out that it was a child. At first, I thought it must have been my little cousin—but how would she have gotten into the house? The figure stood there until it faded away.

I started to see that little figure more often after that. We would often stare at each other, and frankly it freaked me out. I started to notice that the more I interacted with it—the more difficulty I had looking away from it. I would literally be forced to stare at it.

The last time I saw it we were locked, staring at each other, and I literally forced myself to stop looking. The thing didn’t like that at all. It screeched, faded and I never saw it again. I don’t even know what it wanted? It was just so creepy.

A few months ago I was awoken by something calling out. The voice sounded like mine, but I can’t be sure. I also feel like I’m being followed all the time. I haven’t seen that thing—but I know it’s around. I honestly don’t know if it’s a demon, a ghost, or just a figment of my imagination.

2 thoughts on “The Staring Child”