Back in the 16th century, the Pangerl family settled in the beautiful and mountainous Šumava region of Bohemia to farm, eventually building three farm buildings. Little did they know how their decision would eventually result in tragedy.

A couple of hundred years later, an old and ugly woman built a shack on the edge of the village of Bradna and moved in. She was a fearsome creature, and it is said that she had teeth like millstones and was so ugly that the local folk avoided meeting her. Slowly, the inevitable rumors began. Strange chanting sounds were often heard by passersby and foul-smelling potions bubbled away in large earthenware pots. It wasn’t long before the villagers suspected the old crone of witchcraft and Satanism.

Their fears were finally confirmed when on May 12, 1828, fire broke out in the small village, spreading quickly from one thatched home to another, eventually destroying most of the homes and the town hall. Such a tragedy must have happened for a reason and that reason was immediately identified as the presence of a witch on the edge of their village. She was tracked down, stoned, and beaten to death by an angry and frightened mob. However, her last act was to loudly curse the village and its inhabitants in perpetuity.

By this time, the Pangerl farm, called Pohadka, or fairytale in Czech, was the only one of the three original buildings still standing. The family had slowly died out, and the property had passed to others.

Fairytale seems to have somehow become the focus of the old woman’s final curse as several owners went insane, some hanged themselves in desperation at the atmosphere and unfortunate events that they experienced there, and one family emigrated to Germany to escape the farm’s curse. One man who lived there chased ‘demons’ and other demonic apparitions, while a woman and her three children left abruptly into the gloomy forest never to be seen again. Her husband hanged himself. 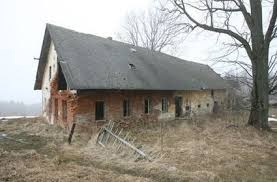 These days, the farm has an evil reputation and is said to have an atmosphere of foreboding. People in the vicinity report being watched by some evil presence. It was recently torched and is now an empty burnt out shell of a building standing starkly among the beauty of the hills and forest.

The farm’s last occupant was one Ivan Roubal, the Czech Republic’s most famous serial killer who ended up murdering at least five, and possibly more, people before his arrest and final conviction.

Roubal retired to the farm to raise pigs and poultry. It was without power and already had an evil reputation. Strangely, his murderous behavior only began when he moved into Fairytale. Roubal and accomplices robbed a Prague car rental shop taking only minor sums of money and equipment. Dismissing his accomplices, he tied the owner, a worker, and a customer to a stake and hung them so that they suffocated mafia-style. But this was only the start of a murder spree that was the talk of the country.

Intending on developing the farm, Roubal began to plan with a business partner. However, one evening the partner and his Russian girlfriend simply vanished. Roubal claimed they had simply left but were later seen driving their car and trying to sell their possessions. He was never convicted of their murders as their bodies were never recovered. His son claimed he had fed them to his pigs at Fairytale. 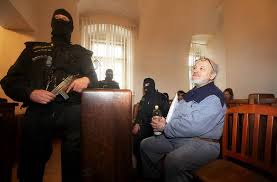 After his arrest, several more bodies turned up when the local lake was dredged and an abandoned building’s septic tank examined. The bodies were badly decomposed, but showed signs of having been tied with electrical cable to wooden stakes and hung in a similar manner to his initial victims. In one instance, the same electrical wire was tied around his victim’s genitals and the body had been stripped before being hung.

Roubal died recently in prison, and Fairytale is now the kind of place that only ghost hunters and thrill seekers visit.

See also – The Czech Republic: The Most Haunted Country in the World?