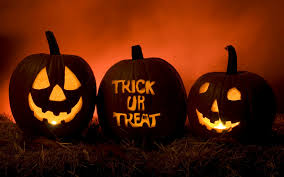 An engineer working the night shift for a data center in Ohio had a creepy exchange and posted his tale anonymously online as Noetic. It was around 5 am on July 31, 2010. Noetic was taking a smoke break outside when he noticed two teenage boys standing motionlessly and staring at him from across the street. Immediately feeling unnerved, he snubbed out his smoke and went back inside.

No more than ten minutes later, the intercom buzzed. Noetic checked the monitors and there they were. The two boys had made their way over to his building and were now staring into the surveillance camera like they could see him through it. Through the speaker he asked what they wanted. They said nothing but motioned for him to come outside. He hit the speaker button again and told them to go away. They didn’t leave, but continued to stare into the camera as if they were watching Noetic as he worked. He went to the door to chase them off.

Right before opening the door, he saw them through the one-way glass and was horrified to see their eyes were completely black. He knew he had to open the door and tell them to get out, and he decided he’d call the police if he had to. As if the boy read his mind, the moment the door opened, he said, “That will not be necessary, sir, we simply need to use your phone, can you let us in?”

Noetic was not about to fall for that nonsense. He pulled out his cell and threatened to call the police if they didn’t leave. He made sure the door was locked and he went back to the monitor. Only one boy was still there staring at the camera. Then he realized the second boy positioned himself out back and was staring into camera three. Noetic called the police. Both boys moved into a blind spot with no camera coverage. Noetic waited for them to reappear but they simply vanished. The police arrived around 6:00 am, and both boys were gone.

Has anyone else encountered the Black Eyed Kids?

© 2017, G. Michael Vasey & My Haunted Life Too.com (Unless indicated otherwise by author’s own copyright above). All rights reserved.