This November we are going to bring you some of the most interesting #true paranormal cases we can find. You can discover more true, terrifying accounts of the paranormal right here. 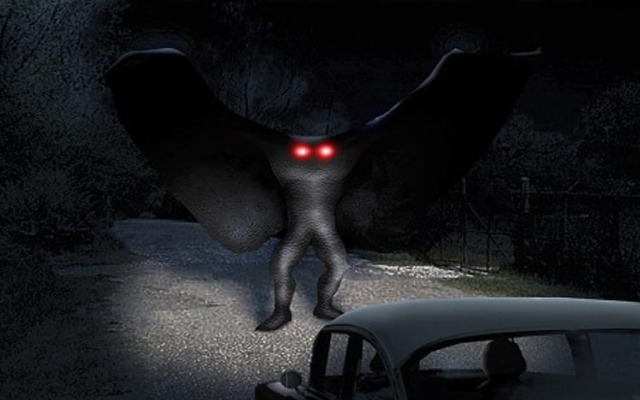 An interesting sighting of the Mothman allegedly took place on April 26, 1986, in the Soviet Union. The world’s worst nuclear disaster occurred when an explosion took place during a routine systems test of Reactor 4 at the Chernobyl nuclear plant. The nearby town of Pripyat served as a base for the first responders but was later evacuated due to the presence of harmful radiation. In the decades following the disaster, rumors have flown on cryptozoology-inclined corners of the internet that Chernobyl workers and residents of Pripyat saw something very eerie in the days prior to the explosion.

Reportedly, a bizarre winged creature was seen flying over the town on numerous occasions. A few workers at Chernobyl also allegedly saw the same creature hovering over the plant. Even stranger, those who claimed to have seen the creature were reportedly plagued by nightmares and harassed by incessant, threatening phone calls thereafter. Many claimed the creature resembled a man-like bird with red eyes, and some came to refer to it as “the Black Bird of Chernobyl.” Was the Black Bird of Chernobyl the same creature as the one seen prior to the Silver Bridge disaster? Or was it, as some have suggested, merely a rare black stork?

According to Loren Coleman, it was neither. In 2010, the author said that reports of the Mothman Chernobyl sightings were entirely based on fictional accounts from the 2002 Mothman Prophecies movie: “The Chernobyl story, the Galveston Hurricane-Mothman tie-in, and other examples given in the 2002 movie were pure fiction […] right after the movie was released, various websites posted these reports as factual. But there is not one thread of evidence that any sightings of the Mothman were witnessed before the Chernobyl accident. It is a bit of movie fiction that has, unfortunately, moved into pseudo-factoid cryptozoology.”