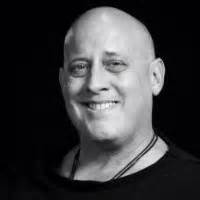 I currently teach at a university in Nagoya, Japan. I have an office on the sixth floor, which is comfortable and useful for meeting students and colleagues. I use when doing research, class planning, and writing. I feel at home there with all of my books stacked on the shelves and my favorite photos on the wall. It has an atmosphere of being “my sacred space”, which I appreciate very much. Seminar rooms and the offices of other professors take up the rest of the sixth floor. I was in residence at this university for two years with nothing unusual happening to me, although one teacher from Jamaica whose office was down the hall reported that she had been obliged to chase some kind of strange spirit out of her office room, the story of which is told the earlier, “Gaijn and Ghosts,” chapter of this book (“Venicia’s Story”).

Sometime during my third year at the university, one of the professors from America knocked on my door and called me out into the hall. “Have you seen this?” he asked. He pointed to the floor and there, placed squarely on a floor tile in front of my office door, was a human footprint. It was someone’s right bare foot, situated so that it looked like it had just walked out of the door of my office.

We looked at it with the astonishment it deserved. It had certainly not been there previously. Where had it come from? As we examined it more closely, we became even more baffled by this strange phenomenon. The first question that came to mind was, who had been walking barefoot from my office that I was unaware of? And why barefoot?

When we looked closer, the mystery only deepened. It was not just a print, but it was bulging UP out of the solid floor tile as if someone had stepped on the underside of it and made a deep impression pointing upward. The hallway flooring consisted of solid linoleum floor tiles placed on top of a metal floor. How was it possible for an impression of a bare foot to be pushing up out of a solid floor tile? The person who made it would have had to have been walking shoeless on the ceiling of the fifth floor leaving an impression that pushed up all the way through solid steel and linoleum. Try as we might, we could think of no logical explanation for what we were looking at.

I soon learned to just accept the footprint as part of my office landscape, and went about my business. Soon however, I bean to hear an occasional loud rap coming form the front of my office, as if someone were knocking with a fist hard upon the wall. Several times I got up and went to my door, but there was never anyone there. It was the same every time. One loud knock on the wall, and then silence. Soon I was hearing the rap almost every day, sometimes several times a day. I had experienced such things many times before, however, so I just accepted it and went on with my teaching.

About two years later, I was walking down the hallway to my office, when I happened to glance down at the floor, and was stopped in my tracks by what I saw. There, next to the ghostly footprint that had been sitting outside my office, was a second footprint that had appeared beside it. It was almost identical to the first one: someone’s shoeless right foot, placed as it was striding out of my office door. My fellow teachers and I examined it as closely as we could. Once again, we could find no logical explanation as to how it had gotten there. 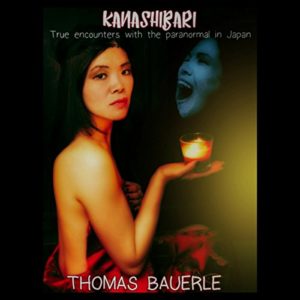 “This could only happen to you,” the Jamaican lady said to me as she shook her head in wonder. Many of the other teachers knew about my many encounters with strange phenomena, and my interest in the supernatural. After a few weeks, a third footprint began to appear, but thus far it is only showing the front toes of the foot. Many of my friends found time to stop by and shake their heads at the footprints, but none could offer any explanation as what had made them, or where they had come from. The rapping on my front wall became a daily occurrence, and life went on.

In one final weird chapter to this story, I decided I would like a photo of the footprints as proof of what I was talking about when I told the story of the footprints to other people. I was unable to get a clear photo, however, as the lighting in the hallway is very bad, and a flash photograph simply blurred out the prints, making it difficult to see them.

I asked a friend who is a professional photographer to help me out. He came to my office, set up special lighting, used several different lenses and exposure settings, but was unable to get anything but a flat, barely discernable image. Finally, we gave up on the project, went out and had a drink, and had a great conversation about the supernatural and the many mysteries in the world.

Two weeks later, I was working late in my office. After I finished up, I grabbed my coat, shut off the lights in my room, and opened the door. I stopped and stared in wonder at the sight that greeted me just outside my office door. There, at my feet, all three (or should I say all two and a half?) footprints were glowing brightly in a soft golden light. The hallway outside my office is long and badly lighted with dim fluorescent lighting. At the far end of the hallway, about 30 feet away, is a very small window, about two feet tall and half a foot in width. In what was perhaps a very rare event, the glowing sundown taking place on the far horizon was hitting the window squarely, sending a long beam of golden light down the hallway that fell directly on the spot where the footprints lay, bathing them in a soft golden light that revealed every detail. Knowing that this situation would not last very long, I took out my cell phone and used its tiny camera to get the picture I had been trying so hard to take before. If you ask me, I will be glad to show it to you, or you can visit my office and see the footprints for yourself. If you can come up with a logical explanation of where they came from, or what is rapping on my office wall, I will be glad to hear it.

Thomas Bauerle – From his book – Kanashibari: True Encounters With the Paranormal In Japan

In his book you can see the actual photograph……..