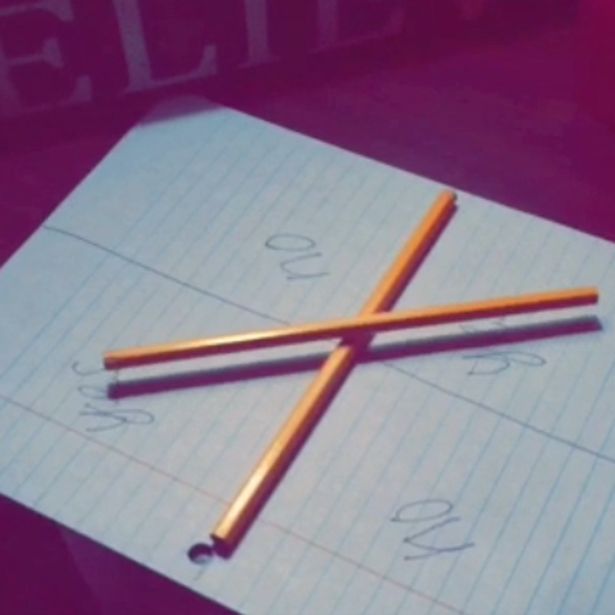 A terrifying new Twitter craze claims a simple ritual can be used to summon the spirit of a MEXICAN DEMON called Charlie – and our readers have shared some of their most horrifying experiences of the challenge. Screams, whispers, broken mirrors and shaking bookshelves are just some of the super-spooky results of the ouija board-inspired game, which has prompted youngsters from across the world to claim they have communicated with a sombrero-wearing spook. Our readers were asked to try out the game for themselves and see whether it really does work – with amazing results. From rattling door handles to mysterious scratching noises, our readers have endured some terrifying experiences when trying to conjure the demon. One reader even shares his unearthly encounter with a sinister man who has ‘black

Saurabh Singh is a commercial pilot who’s just conquered a deep fear. It wasn’t fear of flying but a dread of the dark and of what he might encounter in its depths that had Singh spooked for years. Until a few months ago, he wouldn’t even sleep without his bedroom lights on. But a three-month course in paranormal studies has changed all that. “The course equipped me with knowledge of what ghosts are all about and how to deal with them. Now, I sleep peacefully in the dark, secure in my new-found knowledge,” says Singh. He is not alone in the pursuit of the unknown. An increasing number of urban Indian professionals are signing up for courses and training in paranormal sciences from a host of institutes that have mushroomed

PARANORMAL Investigator Damon Simms has explored the dingiest corners of some of Staffordshire’s spookiest places. Here he recounts the tale of a woman who had an unexpected visitor at her Shelton home in the 1970s. Despite some of the preconceptions you may, or may not, have about ghosts – they become manifest in many different guises; as noises, smells and some in a more visible form. It is also true that they can visit a certain place for a prolonged period or appear in isolation. There is no set methodology when you experience something truly paranormal. And that’s true for the woman at the centre of this week’s tale – a newlywed lady named Laura who was living with her husband in Shelton in 1974. Late one July evening, she

Paranormal real estate: What you need to know about selling, buying a haunted house

KALAMAZOO, Mich. (NEWSCHANNEL 3) — When it comes to real estate, it’s currently a seller’s market. Realtors in West Michigan say there’s a shortage of homes for sale. And that’s turning home buyers’ attention to older houses. But what do you do if that home has a paranormal past? Newschannel 3 talked to a local realtor about what you need to know about haunted real estate. When putting their house on the market, homeowners often have a lot of concerns. “The most common is cleanliness,” said Amy Turley, a Real Estate Agent for Pearse Realty in Battle Creek. But sometimes there are some things you just can’t get rid of: ghosts. “I’ve had that a few times. It’s a very touchy subject,” Turley said. Turley said home sellers are required

Blow flies. They eat decomposing bodies. They lay their eggs on rotting meat or in animal feces. And a swarm of them showed up for no reason in a home located in a pleasant neighborhood in Pennsville Township. After moving into the cozy rancher in 2011, the family – husband, wife and four young children – began noticing strange activity. The matriarch – who believes she is empathic – noticed the strange experiences and began investigating the phenomenon on her own using a Ouija board, and calling upon a medium. Still in need of help, she reached out to Jersey Unique Minds Paranormal Society to request an investigation. “We live here in fear,” she said. “This house drains our energy and is tearing us apart.” As an empath, the client