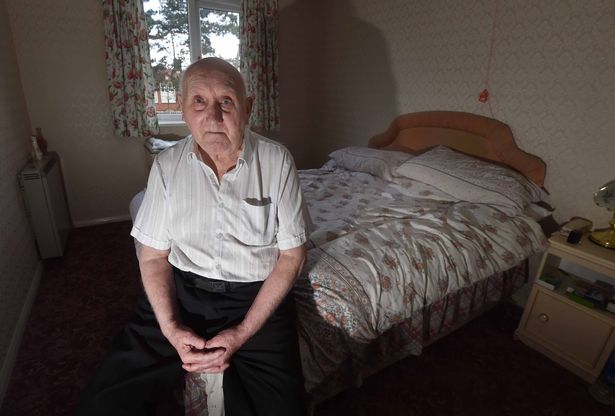 According to the Birmingham Mail, a pensioner living at Hamilton Court, Cotteridge, shares his double bed with a ghostly couple. His solution to this problem is to look for a larger bed! He believes that the couple – a domineering wife and hen-pecked husband – lived there before him and have never left despite passing over. He is OK says the pensioner but the wife has a sharp tongue on her and causes problems like ringing the doorbell, switching the lights on and off, and breaking his video player. He says that the couple left him for one short peaceful period but announced their return saying ‘we are back!’. The biggest problem, he says, is that they share the bad with him – one either side of him and often