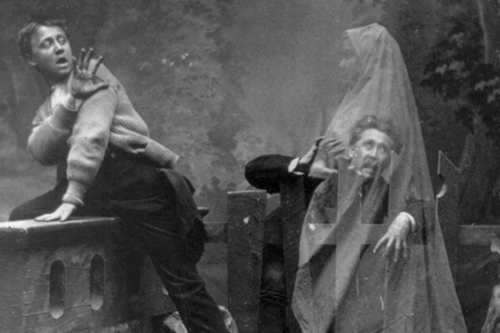 The Disappearing Smoking Ghost: Have You Encountered Anything Like This?

I worked for a development company that had purchased an entire neighborhood of Victorian homes to renovate and resell. Every home for a two block radius was empty except for the one that I lived in; which was near completion and was going to be used as the model home. One afternoon, I was almost out of cigarettes and decided to walk to a corner store a few blocks away. Keep in mind that this was an out of the way neighborhood, there were no workmen around, all of the homes were vacant, and the entire area was deserted. I had only walked about one block, and was walking looking down at the side walk lost in thought when a few feet ahead of me I heard a voice say