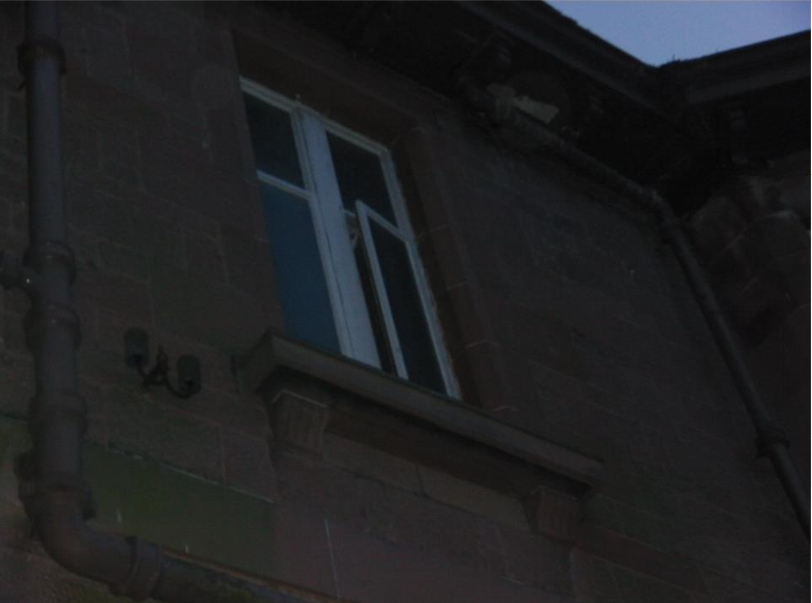 The Ghosts of Crosbie Towers

The following tale comes from the seaside town of Troon in Scotland, as experienced by myself and some friends. A brief summary of the events appeared in several local newspapers and a paranormal site, as reported by myself. With regards to the paranormal, I would actually call myself an agnostic, neither fully believing nor disbelieving, but what I experienced at this abandoned house would possibly suggest that there is indeed something ‘on the other side’. Up until around 2015, Crosbie Towers was an abandoned mansion, previously the home of a whisky merchant (built in the nineneenth century), and was then a care home and subsequently a property of the Church of Scotland, though I’ve no idea what the Church wanted with it. As of 2012, it had been fully abandoned 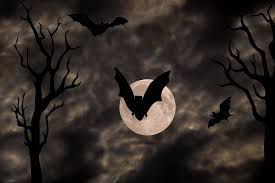 Living In A Haunted Mill

10 years ago my wife and I bought an old Mill that was built in 1876. It’s situated right on the River Gade in Hertfordshire and while this building is indeed old there has been a Mill of some sort on this site as evidenced in the Domesday book in 1086. The Mill had been abandoned for some time but it is a sturdy building with brick walls that are 2’ thick and it only required work to the roof in order to protect it from the elements before we could begin making it into a home. Once the roof repair was completed I set about the extensive internal remodelling myself. The open space of the interior was cleared of junk but during the structural work on the interior I 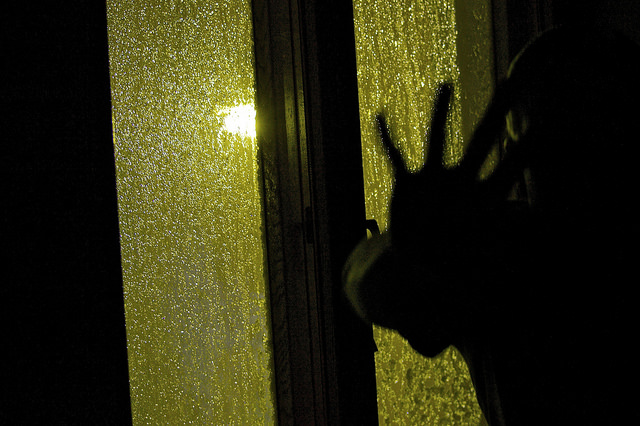 I’ve seen quite a few dead people, and strange things happen to me, but here is a story about my grandmother’s house. My grandparents got married in 1939 and moved into a terrace house in a Kent town near Chatham Dockyard in the UK. My Gran lived in this house until 1997. As a child I would have really vivid nightmares no more so than when I stayed with my grandparents. The house was very old over 150 years, it wasn’t that creepy but as I got older strange things started to happen after my mum and my grandad died. I’d see a black mist behind me in a mirror, i’d have strong feelings that my mum or my grandfather were standing behind me. My grandfather smoked a very pungent 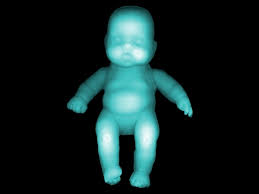 When I was about 15 years old, I remember my sister talking about her and her friends playing with an Ouija board. She used to collect dolls and had them all over her room. One day I decided to tell her that I heard her dolls talking just to mess with her. All of a sudden she couldn’t sleep anymore, was crying, and told my dad that there was something or someone in her room. I laughed and told her that I was just messing around and that I was joking. This continued for a while, she would say that the dolls were moving around the room at night. One night while in bed, I heard something, a sound coming from underneath my bed, the sound of one of my

I had a couple of paranormal experiences back in 1999. I was dating a guy that lived in a one level duplex that was split for his side and then other side of the duplex. There was no one living on the other side and this duplex which was really old. It had wood panel walls and a window air conditioning unit. Pretty shabby but cheap. I would just come stay the night on the weekends. We would go hang out with friends and stay out late and come back and crash in his bed. One night we were sleeping and I felt something crawling on top of the covers on me really fast! Like it started at the foot of the bed and decided to crawl up to me

When I was a young girl, I stayed with my grandparents often. I had a lot of friends on her block and we would play in and out of grandmas house all the time. My grandmothers house was built at the top of a small hill. It was arranged so that if you looked at it from the street, it would look like a small single story home, but if you were in the backyard looking at the house, you could see the main level and the windows in the basement level of the house. On the sides of the house there were only a couple of small windows on the basement level and if you were inside the house they were at ceiling level in my grandmothers laundry room. 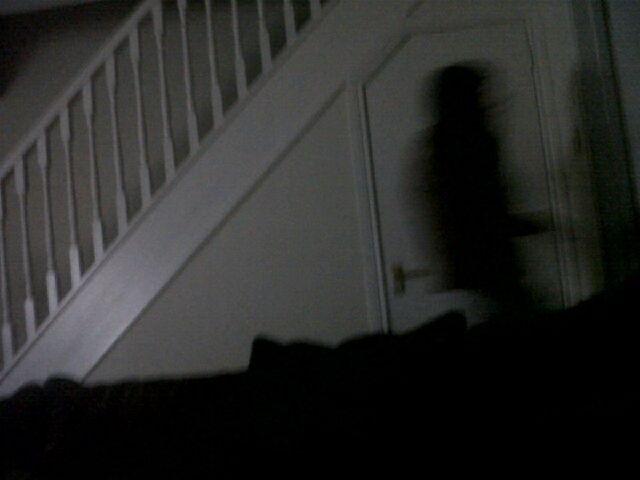 Growing up in my childhood home, where my parents still reside today, it wasn’t uncommon for us to hear footsteps and strange noises in that house. Rumor has it that our house was built on an old Indian burial ground, but I still have yet to confirm that. On multiple occasions, when I was home alone in the basement, I would hear footsteps walking around upstairs when no one else was home. The footsteps were so clear that I could tell which room the footsteps were coming from, and which direction they were going. My brother recalls one evening where he was playing video games late at night in the basement, and our family cat was staring intently at something to the right of him. When my brother felt a

The old house looked fine in the day, sitting far removed from any signs of civilization although the city of Cincinnati, Ohio was just across the river. The long, twisting driveway wound it’s way up a hill that was guarded by bushes and trees that had been planted some two hundred years previously when the first horticulturalist in America carved his home on this high hill in Indiana. At least that what I was told as we made our way to see my Mom’s sister and her husband. I took everything with a grain of salt that had to do with Aunt June for she was something of a character, as were all of my mother’s siblings, but Uncle Kirk seemed a reasonable and practical man and he had never

The Ghost Girl in the Old Room

This story begins last Fall (2017), when my family decided to buy / renovate a house that had previously been abandoned for the last 19 years. This house was a quite large, 2 story farm house that had been built in 1871 and hadn’t been lived in since the late 1990s. At first sight, the house looked like something from a modern day horror movie with rooms that had collapsed ceilings and holes in the walls and floors, to whole rooms that had been sealed off with plastic wrap for who knows how long. The house from the first time I step inside it gave me an uneasy feeling and I felt that something was watching me all the time. We started cleaning out the house and take out all 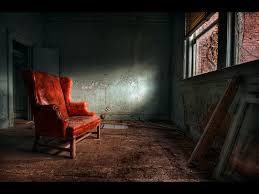 So I’ve lived in the same house to the current date and we’ve had some strange things happen. I can only recall a few that I have experienced personally and can still remember as some of them happened when I was very young. To start from the beginning, I remember my mom telling me that when I was between 1-2 years old, I would be playing with my toys in the living room being quite happy and content, and then after a while, I would run to her scared asking if she sees the man in the corner. She couldn’t see anyone, but I refused to play in that room for a while. Eventually I’d go back in, play, and see the man again and go find my mom. From

Whispers in the Night

About 8 years ago, my young son and I moved into a new house in a great neighborhood. A two story bi-level with 3 bedrooms and 3 bath. Our first home. We couldn’t be happier. Despite my joy, I’m always nervous the first night sleeping in a new place. The master bedroom had its own full bathroom. I’d left that door open before going to bed. I normally sleep on my back but there’s no window in the bathroom so it looks like a gaping hole of blackness which was mildly creeping me out. I watch a lot of horror movies and have quite the imagination so I roll over so I can’t see it. As I’m lying there settling in, eyes closed preparing for sleep I suddenly hear a

A Haunting and a Dream

This is kind of a series of weird events that has happened to me. The first one happened in my first house that I lived in when I moved to Phoenix. We were renting and the company that owned it said the previous owner was an old lady that lived there alone. They said she passed away at the hospital, but I always wondered. Small things would happen randomly. The tv in our bedroom would turn on by itself. A dresser drawer would be open when you knew you had closed all of them. The weirdest thing that happened there involved my laundry. I had a couple loads I was going to wash, so I threw them all in a pile on the floor of my bedroom to sort. I

21 May 2018 | Haunted houses, ouiji boards, Your Stories, Your True Encounters

There were always signs in our old house that it was haunted. Before mom, dad and I lived there, it was owned by my great grand ma and grand pa Nana and Dee which whom passed away when I was very young and that we believed haunted the house. Some of the strange happenings were disembodied voices (which my mom claimed sounded like Nana), things disappearing only to be found later in the spot it was missing, leaving the house for errands to find the bath tub filled with water and wet foot prints on the floor, distorted faces reflecting in windows and in mirrors and the feeling you have when someone sits on the edge of the bed, but no one is there, to just name a few. I 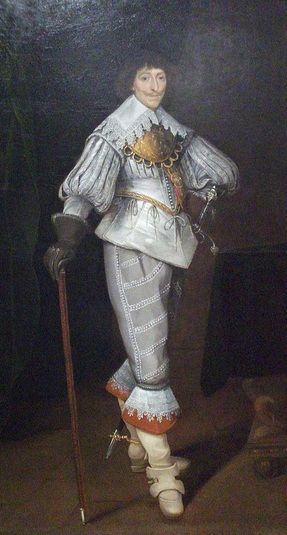 Yesterday’s post by Nick got me to thinking. When I was growing up, I saw ghosts all of the time. Later in life, I decided to go ahead and shut down that ability as far as possible. But what is it really like to see a ghost? Well, the first thing I would say is there is an atmosphere. It’s like an electrical storm is about to hit. You sense something – some energy – that is forming nearby. It makes the hair on the back of my head stand up on end and it gets my adrenaline flowing. Shortly after that, I used to develop fear. I knew, it knew and I was scared. I now believe that it is the fear that attracts such things and that this

The Ghost of Gladstone Villa

My family and I lived at a large property called Gladstone Villa in the former mining town of Bargoed, in the Caerphilly county borough of the South Wales valleys in the UK. From 1969 to 1978 we experienced activity that simply defied rational explanation such as lights going off and on. We witnessed electrical cables being pulled and my grandfather Bill claimed to have had a glass bottle thrown towards him as he entered the main bedroom, missing him by inches. I didn’t personally see this myself, but I still recall the time he came from there with the broken bottle in his hands and he told us what happened !!There was the occasional sighting but this was a very rare indeed, so rare that in all the nine years