During a paranormal experience at Torquay Museum, participants were left “freaked” out after finger-and—thumb prints appeared on the inside of a mummy case which had not been opened for years.

The event on Friday night was run by the museum and the Real Investigators of the Paranormal who claimed there was ‘quite a lot of activity’ and a few contacts with the dead were made.

Carl Smith, from Torquay Museum, said: “The weirdest thing was that we have a mummy, which we believe is Devon’s only human mummy. During the night on the inside of the case we saw what we believe were handprints on the inside. It was a pretty clear two fingers and a thumb. 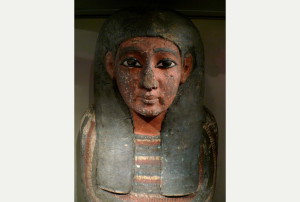