By now, everyone has heard of the Momo challenge? It’s a ghost story that has caught on across social media and was widely shared by worried and concerned parents. It is, however, according to Forbes,

…. just a hoax that followed a real YouTube controversy which highlighted the issue of child safety on that site.

Matt Watson, a former YouTube creator, uncovered a series of predatory comments featured on videos of children on the streaming giant. According to Watson, this exposed a “wormhole into a soft-core pedophilia ring on YouTube.”

Watson’s expose prompted a flood of media attention, followed by an advertiser exodus. In response, YouTube restricted commenting on millions of videos and adjusted its recommendation algorithm to limit the reach of videos containing predatory comments.

Momo is an imaginative response to a perfectly valid fear; of mysterious, malicious forces out there looking to take advantage of children, especially those browsing unsupervised. The creepy image associated with Momo, a warped face with the giant eyes and exaggerated smile of a Saturday morning cartoon character, fits the narrative perfectly. 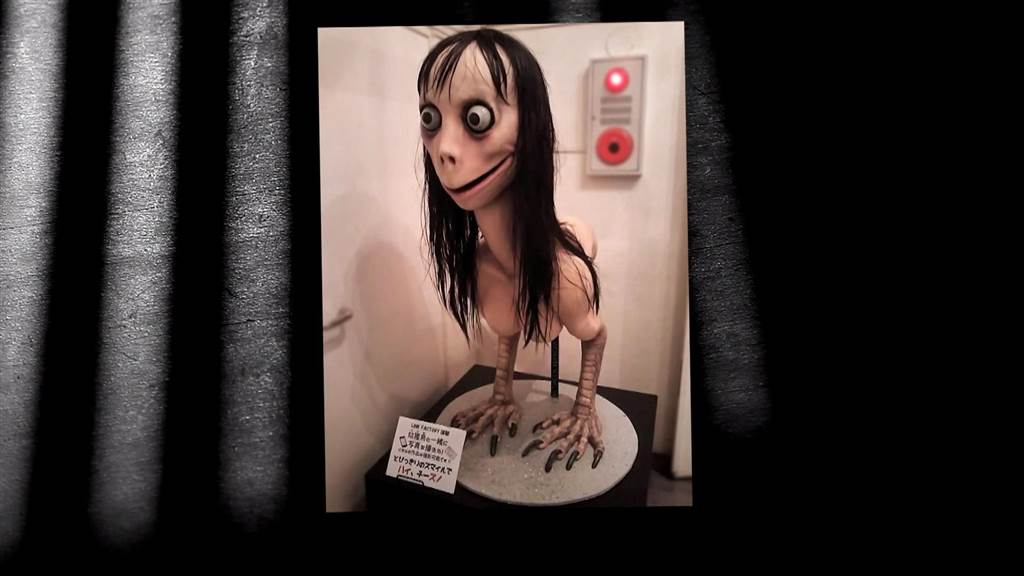 But the image of Momo is very creepy. Apparently, it is a sculpture created by a Japanese company (Link Factory). It is the image of a deformed and evil-looking woman with chicken legs. It is quite similar to Baba Zaga from Slavic folklore – a deformed witch that lives in a hut built on chicken legs and who eats lost children. According to Wikipedia,

In Slavic folklore, Baba Yaga (Russian: Баба Яга) is a supernatural being (or one of a trio of sisters of the same name) who appears as a deformed and/or ferocious-looking woman. In Russian fairytales Baba Yaga flies around in a mortar, wields a pestle, and dwells deep in the forest in a hut usually described as standing on chicken legs. Baba Yaga may help or hinder those that encounter or seek her out and may play a maternal role and has associations with forest wildlife. According to Vladimir Propp‘s folktale morphology, Baba Yaga commonly appears as either a donor, villain, or may be altogether ambiguous.

Baba Zaga has been scaring Russian kids for a long time and stories such as this one are routinely told to kids in Russia and beyond. Here is another description of Baba Yaga,

In Russian folklore there are many stories of Baba Yaga, the fearsome witch. Hideous to look upon, and with a nature to match, she devours her victims with her iron teeth.

In some stories her back is so bent down from age that she touches the ground with her head. Her nose is so long that it reaches the ceiling of her Hut on Chicken’s Legs when she is sleeping. She sleeps stretched out on her ancient brick oven, which she also uses to cook her meals (including people whom she catches).

She does not seem to bother with pointed witch’s hats, and has never been seen sitting on a broomstick. Her mode of travel is a large mortar pushed along with a pestle. Never one for leaving a trail behind her, she sweeps away all traces of her path with a broom.

It is also rumoured that she can fly through the air in the same manner.

She lives in a hut in the forest. The hut seems to have a personality of its own and can move about at will on its large-sized chicken legs, that’s why it’s called Hut on Chicken’s Legs. Usually the hut is either spinning around as it moves through the forest or standing with its back towards a visitor and when approached, will only permit entry after a certain secret incantation is said: “Hut, hut, turn your back to the forest and your front to me”. It spins around with blood-curdling wild screeches and creakings and eventually comes to a stop to face the visitor, where it will lower itself down on its chicken legs and throw open its door. Its windows are sometimes described as its “eyes”.

The hut is surrounded by a fence made of the bones of Baba Yaga’s victims. Baba Yaga scares passersby to death just by appearing to them and then devours them. Her fence is topped with the skulls of her victims whose blazing eye sockets illuminate the darkness.

In some stories she has two older sisters, who are also called Baba Yaga, just to confuse you!

Although she is mostly portrayed as a terrifying old crone, she can also play the role of a helper and wise woman. Like all forces of nature, though often wild and untamed, she can also be kind. She sometimes gives advice and magical gifts to heroes with pure hearts. The hero or heroine of the story often enters the crone’s domain searching for wisdom, knowledge and truth. Then there’s also an incantation to be said to Baba Yaga. When she begins asking questions, the hero must say: “Hey you old woman, first you satisfy my hunger then you satisfy my thirst then let me wash myself in your banya (sauna) then let me sleep in and then you ask me anything”. 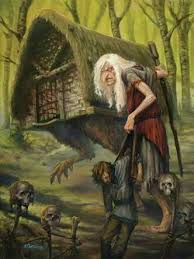 Both Momo and Baba Yaga are scary entities, especially for young kids…..