Periodically, we read about religious icons that display some supposed supernatural, paranormal or downright miraculous activity. Statues that cry tears, open their eyes, move around, smile…. you must have read at least one such story? However, I promise you that you have never heard about the statue of the Virgin Mary that caught a thief…. 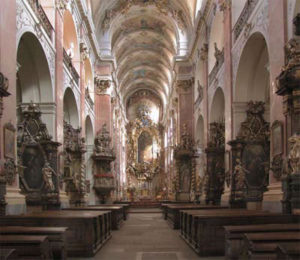 The story of how the arm got there is that one night, a would be thief broke into the Church to steal what he could along with the jewels from the status of the Virgin Mary. As he was attempting to remove the jewels, the statue of the Virgin Mary grabbed his arm and held him in a vice-like grip. No matter how hard he tried, the would be robber was held fast in the Virgin’s grip.

The next morning as people began to enter the Church, they found the robber in the grip of the stone statue and marveled at this miracle. Try as the might, no one could free his arm and in the end, they were forced to amputate it to free him. As soon as they did so, the Virgin Mary statue went back to its natural pose…… 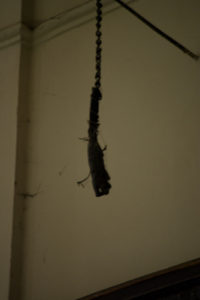 The arm was hung as a warning to other would be thieves…..

This and other paranormal tales in the book – The Czech republic – The Most Haunted Country in the World?