A little while ago, I was walking my daughter’s dog in my neighborhood here in Brno. I live under the Castle and there are lots of well lit nice walks around the Castle. Some of them have areas to rest and look at the views with seating. I was approaching such an area when I saw a bag on the gravel floor of the path. As I got closer, I saw that it was a backpack. Steering the dog away from it, my first thought was someone had left their bag so naturally, I walked towards it and peered in. It was full of stones, rocks and wood. It was then that I noticed the skeleton laid out next to the bag. It too was made of rocks, pebbles, wood, bones and things. The skull seemed real. The rest was made out of the materials in the bag. I gotta say that a shiver ran down my spine and I looked around to see if anyone was around. There was no one.

Unsure what to make of this, I was pulled by the dog to continue the walk. I kept looking back at the bag and the mock skeleton laid on the ground. This was some kind of magic I knew. But the fact there was no one there? Strange.

As I walked up the path about 15m away I saw a man approaching. He was hurrying. He was wearing a hat of some kind and smoking a cigar. As he past me by, I heard him chanting faintly under his breath. Was this the magician? The dog continued pulling me away and I soon lost sight of him and the skeleton.

A few minutes later, I was walking down the street back to my flat and had a clear view of the area where the man was. I stopped to peer down and through the trees. He was dancing holding a rattle and chanting quite loudly. For some reason, it rattled me too and we walked home pretty fast. I did not understand what he was up to and that scared me a bit. That night, I was uncomfortable and remained awake for quite a while.

The next morning, I took the dog back the same route. I wanted to see what might be there and how the atmosphere felt. The bag and the skeleton were gone. However, there was an area where a small fire had been and the burned stalks of dark red roses and other flowers remained. To me, these flowers looked like they came from a cemetery. By the side of the burned area was a large flat rock with the remains of the cigar neatly placed on it. Even more bizarre was a polished round grey stone placed purposefully nearby. The stone had been placed in a depression that could only have been made with a hammer as if to keep it in place. There was an atmosphere too – an energy there. 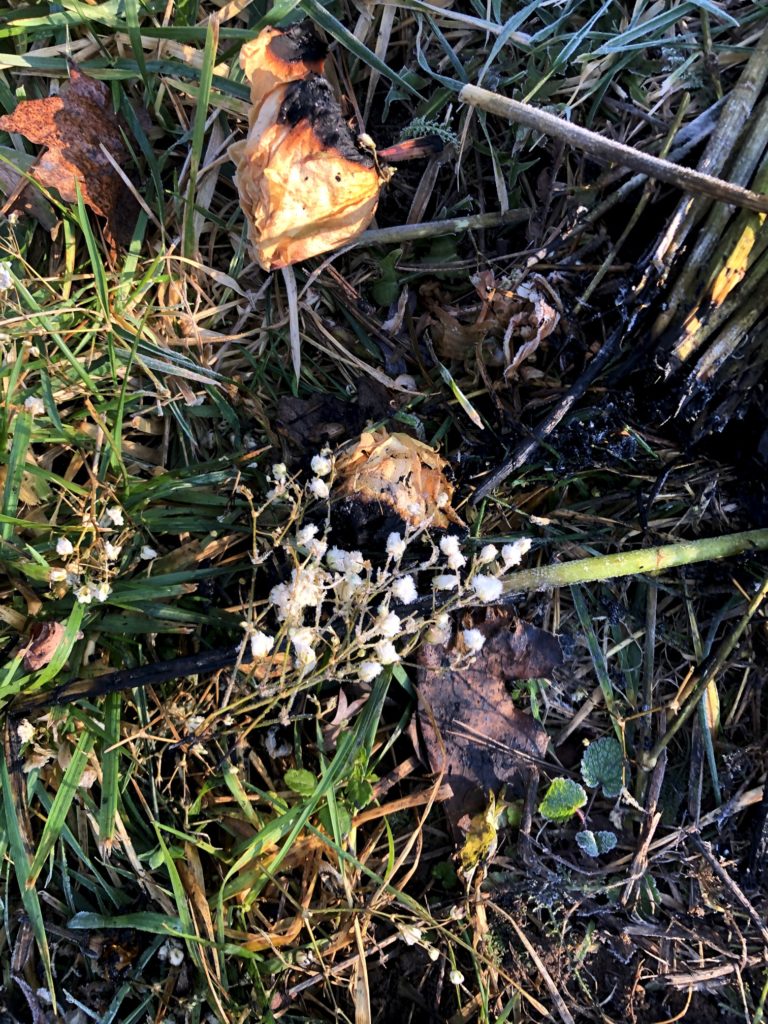 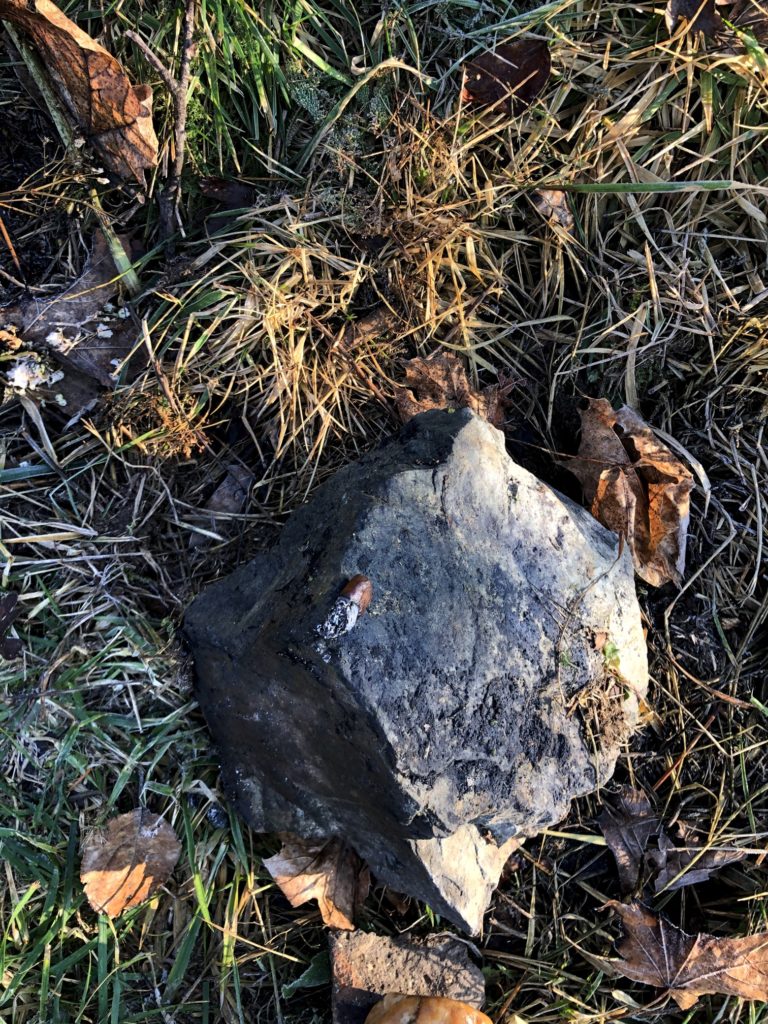 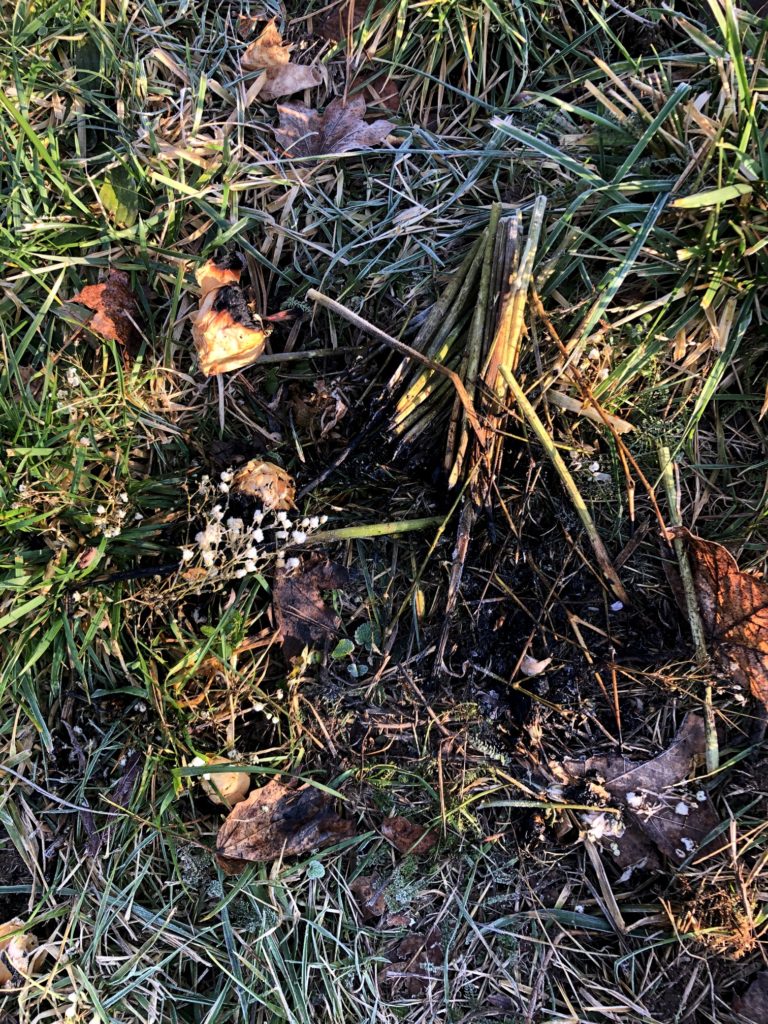 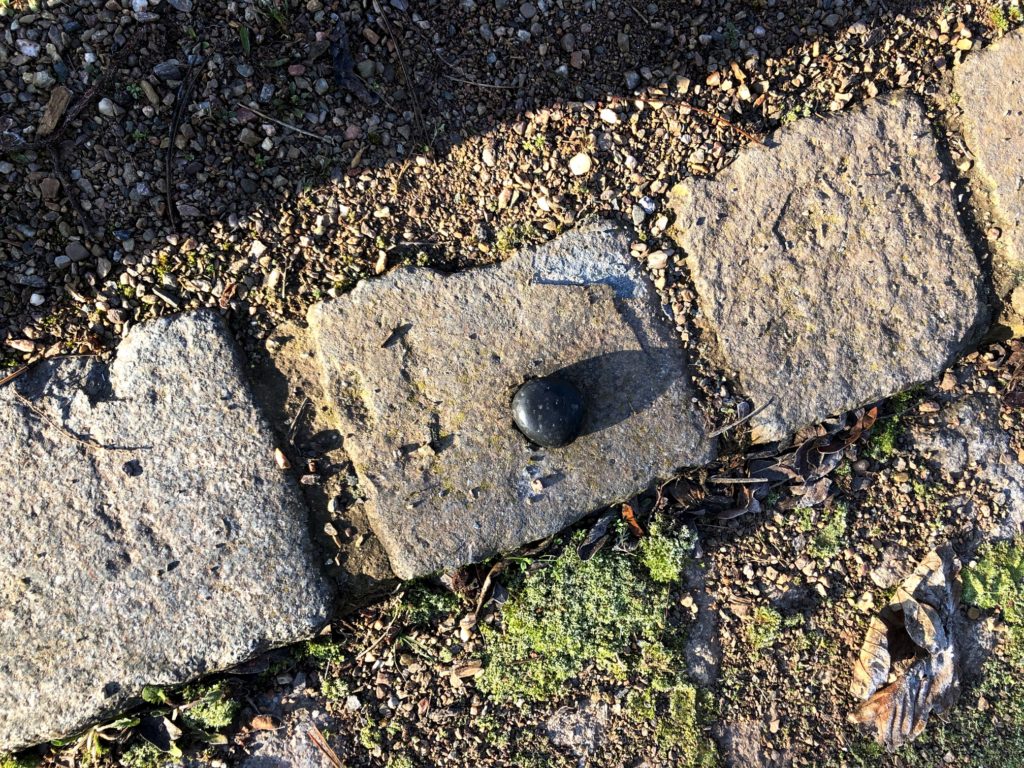 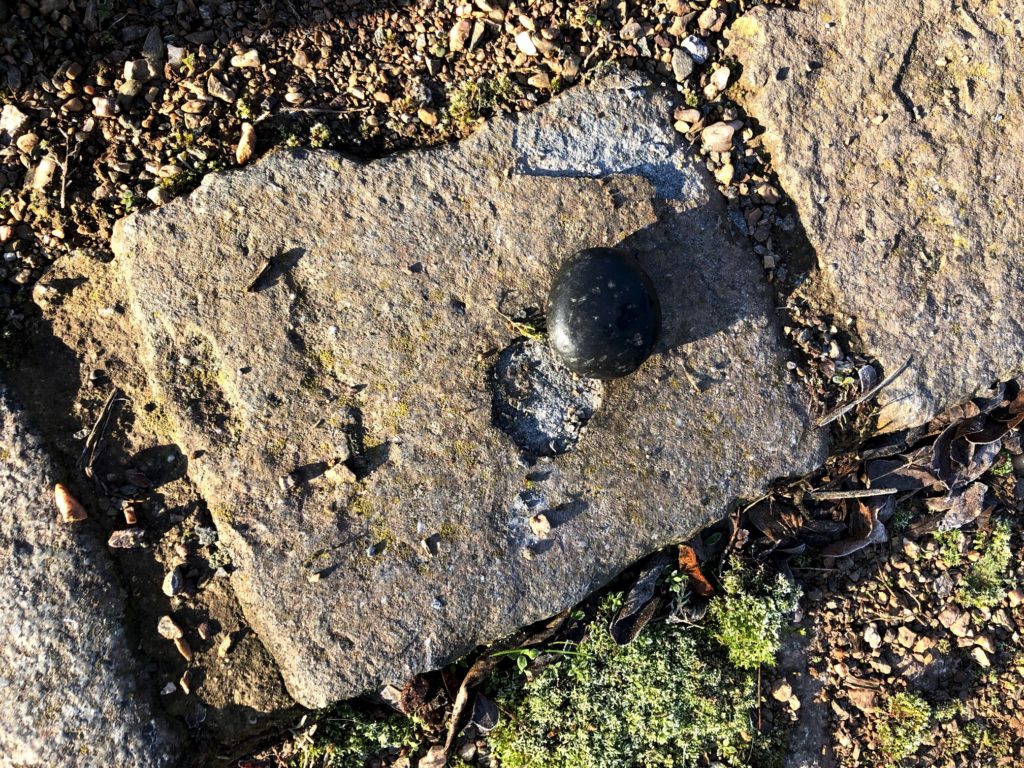 See how the stone has been placed in a hole made for the purpose?

Another thing I noticed right away were the crows. There were tens if not hundreds of crows around the spot. I had never seen so many of these big black birds around the Castle. The crows have remained in the following weeks. For several days, I had a strange feeling that I had stumbled on something best not seen. But what had I seen?

I still have no idea. Magic rite yes but to what end?

One thought on “What Did I See?”